Wade family has made an impact in fruit, wine and philanthropy

Recently, I wrote a column about the Washington Apple Education Foundation, a remarkable effort by the fruit industry to provide college scholarships and support to children of those in the industry. This year, the foundation gave out $1.1 million in scholarships to 300 students, many of whom would likely not be able to afford higher education.

To gain a little deeper perspective, I had a conversation about the foundation with one of its supporters, Mike Wade, the general manager of Columbia Fruit Packers. We spoke about the history of Wade family in our valley, the guiding philosophy that has driven the company for 70 years and the importance of the foundation in giving back to the families of those work in the industry.

Mike has served the industry as the chairman of the US Apple Association, chairman of the Northwest Horticultural Council, and as a board member on both the Washington State Fruit Commission and Northwest Fruit Exporters. He was honored as Apple Man of the Year by the US Apple Association in 2016. Besides his leadership in the fruit industry, Mike and his wife Karen have earned renown for their winemaking expertise as the owners of Fielding Hills Winery.

Mike’s great uncle, J.M. Wade, came to the valley in 1919 at the request of a Chicago fruit buyer who needed someone he could trust to find a source of apples. In those days, apples were purchased for cash on the tree and once the buyer’s representative arranged for the purchase, the apples were picked, packed and shipped from the farm, he told me. A few years later, Mike’s grandfather Ike followed his brother to the valley. They worked together for a number of years until the 1940s when J.M. decided to get out of the business.

Ike Wade created Columbia Fruit Packers in 1948. Mike’s father, Jim Wade, joined the business in the 1950s. After Mike graduated from the University of Washington and worked for a time at Boeing and then in the restaurant business, he joined his father in 1979. “I thought, ‘what the heck, why not,” Mike remembered. “I never regretted it. I love, just love this valley,” he added.

Columbia Fruit was a pretty small operation back in those days, operating out of an office behind Dusty’s In-N-Out drive-in. Mike and his dad developed a great working relationship that continues to this day, Mike said. Jim was the idea guy and Mike figured out whether the ideas made financial sense to execute. Jim’s now 91 and he’s not lost any enthusiasm for the business.

The development of the company has been thoughtful and careful. “We’re conservative-minded and conservative thinkers,” said Mike. Slow and steady growth has been their philosophy. He learned good, solid ethics from his father — making sure that they were as good as their word. It doesn’t bother him when they lost sales because other salesmen promised more than they could deliver. Today, Columbia Fruit is packing about 2.5 million boxes of apples and a million boxes of cherries, Mike said. Members of the next generation have joined the company. Mike and Karen’s daughter Robin, as has nephew Josh Heinicke.

Contributions to the community have been a hallmark of the Wade family. I recall that Jim was one of founding investors of Mission Ridge. They’ve had a special interest in supporting literacy and child development through supporting the Wenatchee Public Library with a children’s room named after his later mother Camille. They also work with the Confluence Health Foundation to provide books that new mothers can read to their children.

And, of course, there’s the Washington Apple Education Foundation.

One of the driving forces behind the organization’s involvement with WAEF was Nick Buak, who joined the Wade, Glady Bellamy and McDougall families in starting Columbia Marketing International. Buak’s thinking was that many of the children of lower-paid workers in the industry would never have an opportunity for higher education. That vision has evolved, grown and inspired the industry for a quarter century.

Mike credits the work of foundation executive director Jennifer Witherbee for much of its growth. She has a real heart for the children of agricultural workers and families. “We just feel very thankful and fortunate for what the apple industry has done for us and the employees that have helped build the business we have,” Mike told me. “We always wish there was more that we could do.”

The Wade family has certainly made a mark here in our valley in many ways. Giving back to the community never goes out of style. 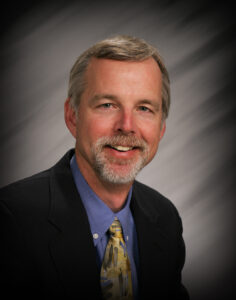 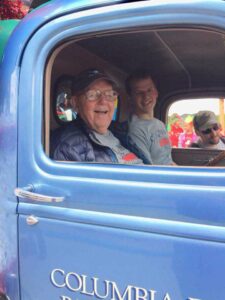