Heidi Schreck’s play invites us to reconsider our Constitution

Playwright, actress and Wenatchee native Heidi Schreck is making quite a name for herself in New York with her critically acclaimed play, What the Constitution Means to Me.

The play, which opens at the Helen Hayes Theater on Broadway on March 31st, traces the evolution of Schreck’s thinking about the Constitution from adulation in her early years to seeing it as a far more imperfect document created by founders who were fallible human beings.

It is one of the hottest plays on Broadway and the New Yorker and the New York Times have devoted major stories to the play and the unique lens that it provides us to re-examine and reflect on our Constitution. It invites us to consider whether the document should be viewed as an infallible expression of truth that is set in stone or as a less-than-perfect living document that must be adapted to a changing world.

She appeared on the Late Show with Stephen Colbert in a hilarious segment that is well worth watching.

I had the opportunity to sit down recently with Heidi’s mother Sherry, the retired high school teacher, debate coach and founder of Short Shakespeareans, which gave local kids the opportunity to put a unique spin on the Bard’s plays.

As a high school student, Heidi Schreck competed and excelled in an American Legion contest that asked students to reflect on the meaning of the Constitution. The play traces her story of participating in that contest and recounts part of her actual speech.

She also discusses in the performance some family background related to the Me, Too movement, including some wrenching situations that shed light on what it is like for women in this country in a society that was created from a document that was created by men without any influence from women. It’s also a document that treated slaves as less than fully human and women as virtual nonentities.

The play offers a feminist perspective and explores the treatment of women through history, Sherry Schreck said. The play examines the Constitution and analyzes various Supreme Court cases.

The play has humorous and serious parts, Sherry Schreck said. While it explores the treatment of women through history, in no way is the play an indictment of men.

Sherry Schreck recalled the trips that the Schreck family took to the American Legion competitions. Her father Larry Schreck, a social studies teacher, drilled her on civics during those sojourns.

What the Constitution Means to Me “shows her intellectual growth,” Sherry Schreck said. Heidi is very fond of the America Legion and the opportunities she had to participate in their competition.

Heidi Schreck grew up in a household with parents who have different political views, with Sherry bringing a more liberal perspective and father Larry committed to more conservative ideals.

I have long admired both Larry and Sherry Schreck for their passion for creating community and service to students. Their son Carl is a journalist and editor living in Prague who works for Radio Free Europe.

Heidi Schreck went to the University of Oregon, using dollars she won from the American Legion competitions. She has acted, written plays and been a screenwriter for such shows as the Netflix series, Nurse Jackie.

I believe we need to relearn how to see issues from multiple points of view and that’s what inspires me to want to see this play. I’ll be heading back to New York soon with a friend to watch it in person.

Sherry Schreck, the former debate coach, said that willingness to listen, reflect and respond is something that we need today more than ever. “The harassment on both sides is unacceptable,” she said. 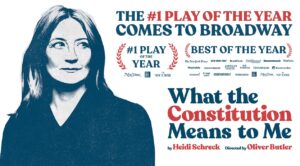 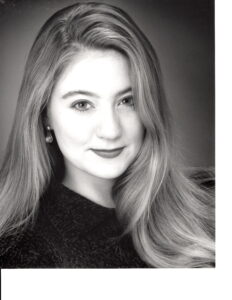 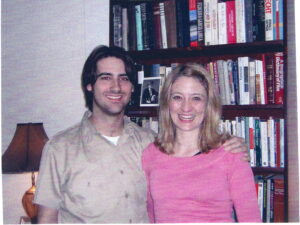 The New Yorker article on Schreck