Wenatchee North Rotary is being transformed by a wave of talented young leaders who are bringing fresh ideas and energy. The secret to the club’s success in recruiting younger members, according to membership director Rob Tidd, is that the club members have intentionally sought out young professionals, invited them to visit, and have found ways to let them give back to the community. The club is on a growth curve to essentially double its membership by the end the year from the 30-some members in the club just a few years ago.


Robert Putnam, in his book “Bowling Alone: The Collapse and Revival of American Community,” said that membership in service clubs had declined 58 percent in a quarter century.
Wenatchee North Rotary and other forward-thinking service clubs, are tackling that challenge not with a sense of fatalism but with energy, enthusiasm and optimism. It’s working and our communities are going to be better off. The club is proving that creative engagement works.
I interviewed Tidd recently for my newly launched Art of Community NCW podcast, an audio companion to the Art of Community web sit. The Art of Community web site is dedicated to fostering and celebrating creative community building in North Central Washington. Tidd grew up in Waterville and lived and worked in California until he and his wife tired of the rat race and chose to move back to North Central Washington. He works for a real estate development company that build affordable housing in California. He made a commitment to get involved and followed his father’s footsteps into Wenatchee North Rotary. “I really liked the makeup of the club,” Tidd told me.
Tidd is currently the membership director for the club and a few years ago hit upon an idea to identify talented young leaders who were involved in civic activities. This newspaper’s Business World publication identifies 30 leaders under 35 years of age who are giving back to the community. Tidd took the list and the club sent out personal invitations to those young leaders to come visit the club and have lunch. A number of individuals liked the vibe of the club, joined, and have in some cases invited friends to join. He estimated that 12 to 15 of the clubs members are under the age of 35.
“These people were already the movers and shakers,” Tidd told me. Another key strategy was to identify the issues or civic involvement ideas that these new members were interested in and figure out ways to support those initiatives. That open-minded approach and willingness to meet people where they are has made all the difference, Tidd told me. This growth would never have happened if the club had continued to wait for potential members to take the initiative, which had been the default mode of the club in the past.
Here’s another terrific side benefit to this youth movement. Tidd said the new energy and passion of younger members has rubbed off on the entire club. Some members who may not have been as engaged in recent years have found new inspiration. They’re saying to themselves, “Wow, this is exciting. Maybe I can have a positive effect,” Tidd said. The club’s signature event, the North Central Washington Sports Awards, are becoming a much bigger event and the club has recently launched its own foundation to help do more in the community.
What they have done can be replicated throughout our valley if we can let go of the assumption that “those people” won’t get involved and contribute to the greater good. The experience of Wenatchee North Rotary in identifying and engaging talented people should give all of us a boost of confidence that people throughout the community want to get involved and that it is our opportunity to find creative ways to help them engage. 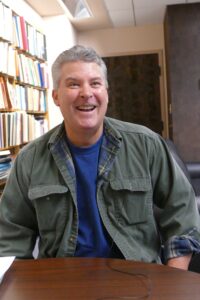