A year ago, Wenatchee musician Rebekah Poulson flew to Boston for life-saving surgery for a rare form of appendiceal cancer. On Saturday night, she’s hosting a Celebration of Life concert to celebrate her miraculous recovery.  The free concert will be held at the Valley View Seventh Day Adventist Church in East Wenatchee at 120 10th St NE, from 7-9 p.m.
This event marks a remarkable comeback for Poulson who, for 20 years was the concert mistress of the Wenatchee Valley Symphony. There was a time when she didn’t believe she would play music or teach again. She teaches both violin and piano.


As she prepared for surgery, Poulson told me she started planning a celebration concert to thank the surgeon who removed the 28-pound tumor from her abdomen and to support her work addressing this rare form of cancer. That surgery took place on Jan. 21, 2016, so the concert will mark the one-year anniversary.
Poulson noticed that something was physically wrong in the fall of 2015 when her abdomen started to grow inexplicably. It took more than a month of visits with doctors locally and in Seattle before she was diagnosed with the rare form of cancer.
Dr. Laura Lambert of the UMass Memorial Medical Center is a leading expert in dealing with the cancer, Poulson told me. Her facility is a Mecca for people diagnosed with the rare form of cancer.
What’s dangerous about this cancer, Poulson told me, was that when when the appendix bursts it spews cancerous mucous substance throughout the abdominal cavity and affects other organs.
She described the surgery as having her insides scraped out and then a chemotherapy solution was applied to her insides in hopes of killing off the remaining cancer cells.  “It’s called the mother of all surgeries,” Poulson said. The process is so invasive that she was on a spinal tap for several days to block the pain.
Recovery took several months and she has slowly worked her way back to teaching nearly a full load of students and has performed in two of the symphony’s concerts.
Poulson said she has taken away from the experience some new perspectives.  “We’ve seen a lot of miracles lot of prayer and a lot of blessings,” Poulson said. The outpouring from their church and the support of friends and family during the ordeal was crucial. Her husband, Devin, she noted, had to do an extraordinary amount of work to keep the family going during the experience. The Poulsons have five children.
“I have learned a ton,” Poulson shared with me. “Life is really precious and the things that used to matter a lot to me don’t matter much any more. The people you love become very much more important — just living your life so you feel right before God every day.” She’s thankful to be alive and feels compelled to make important contributions with the gift she has been given.
“I have learned that people are really amazing — so kind and giving,” said Poulson. “It’s very heartwarming to se that side of humanity and it makes me want to do that for someone else.”
A Facebook page has been set up under “Celebration of Life – a concert with Rebekah Poulson and friends. For those who would like to support appendiceal cancer research, there are donation links.
But the concert is a celebration and is free to the public.
What a wonderful story of personal resilience, faith and community. 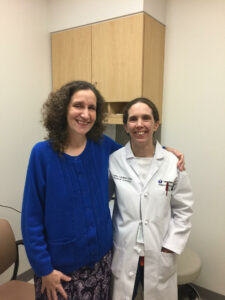 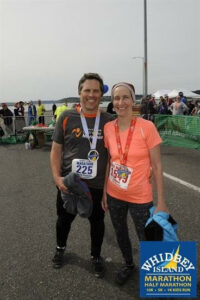