Mission Ridge off to a solid start this season

Our local skiing treasure, Mission Ridge Ski and Board Resort, is off to a good start, General Manager Josh Jorgensen tells me. Mission Ridge is one of the great community-building and community-sustaining assets in our valley.

Anticipation for skiers was at fever pitch when the resort opened before Thanksgiving. But warmer temperatures and a lack of precipitation in late November through mid-December put a damper on things.
Even so, the resort was able to use its snowmaking capabilities to start operations on a limited basis. Things really started shifting around Christmas. Jorgensen said he’s noticing a significant increase in the number of of folks coming over from west of the Cascades. There is a distinct multicultural aspect, as well. That’s adding to the diverse sense of community at the resort.

Mission Ridge owner Larry Scrivanich spent a lot of money in making capital improvements the past few years, to the tune of $850,000. Those dollars went primarily into snowmaking and the ski lifts.
We are indeed blessed to have an entrepreneur like Scrivanich who loves the community and the ski hill as the owner of Mission Ridge. Even though he’s not from North Central Washington, his down-home approach allows him to fit in seamlessly.

Ultimately, the long-term financial sustainability of Mission Ridge will depend on successfully expanding the ski area to create a new beginner facility along with some real estate development and potentially cross-country skiing. Jorgensen said he expects more news on that front later this spring.

Jorgensen and I are talking about collaborating on some community conversations at Mission Ridge this winter. I’ll keep you posted on how that idea evolves. 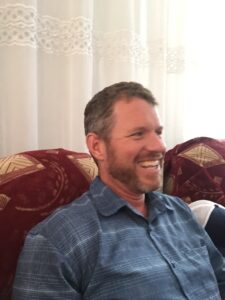 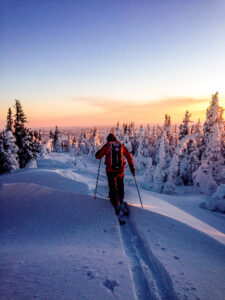 Photo provided
Mission Ridge (@missionridge) posted this shot on Instagram last week. “A strikingly beautiful, cold, clear morning as Patrol prepares for another exciting day on the mountain.” It was taken by Patroller Ty Pearsall.