There has been a changing of the guard at The Nature Conservancy in North Central Washington, with the retirement of Chuck Warner and the hiring of Corrina Hanson as the new lands manager based in Wenatchee.

I’m told we can expect to see the same collaborative approaches to land conservation but the organization is going to be more visible and accessible to the public with new office space at 115 Orondo St. and an emphasis on outreach.

Recently, Warner told me that ranchers and hunters in North Central Washington weren’t quite sure what to make of the organization when he and his wife Nancy started working in the region. He and his team won over skeptics through TNC’s emphasis on collaboration and cooperation. A number of creative approaches to conservation were developed here as a result. Hanson, who came to the valley from southern Colorado, has an opportunity to build on the strong foundation built by Warner.

One of the core philosophies of TNC is that there is an interrelationship between land and people Healthy landscapes are necessary for communities to thrive, as we well know in North Central Washington, but the opposite is also true. Developing healthy landscapes is dependent upon thriving communities and local support. It’s a virtuous circle.

In North Central Washington, TNC has worked with landowners to develop creative conservation efforts in the Moses Coulee and Beezley Hills Preserves, which total more than 30,000 acres of shrub-steppe habitat that is fast disappearing from Eastern Washington. They’re working on long-term conservation efforts and also protecting habitat for 14 of the 15 bat species reported in Washington. TNC is also restoring a former pasture at the McCartney Creek Preserve, and oversees projects throughout North Central Washington.

In one unique TNC effort, cows were used to help work native grass seed into the soil, an effort to displace invasive cheatgrass that was degrading habitat. Collaborative and unconventional approaches go a long way towards building relationships and trust.

Hanson and Randi Shaw, TNC’s stewardship manager for the state, also highlighted another collaborative effort Warner put into place — a hunter steward program. The hunters volunteer time to help out with TNC projects and get special privileges to hunt deer on lands that TNC owns.  Hanson says she hopes to build on that program.

Science is another emphasis point for TNC. A recent examples: working with researchers from Washington State University, a bacterium was developed to attack cheatgrass that has been sprayed in the Wenatchee Valley’s Sage Hills area to test its effectiveness.

Another emphasis is to be involved with partners on larger landscape-scale projects, such as the collaborative Arid Lands Initiative, a network of WA-based conservation agencies and professionals that seek to understand the dynamics of those ecosystems and identify priority areas for conservation.

Lloyd McGee, another TNC employee based out of Wenatchee, is a forester by training, and is deeply involved in another landscape-level conservation effort — the North Central Forest Health Collaborative, that is seeking to improve forest health and community resiliency throughout the region, which would help reduce wildfire risks.

TNC has opened a new office with greater public visibility at 115 Orondo St., a few doors up from McGlinns. 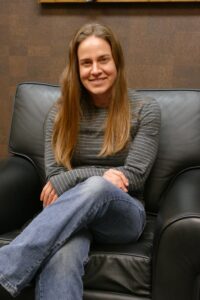 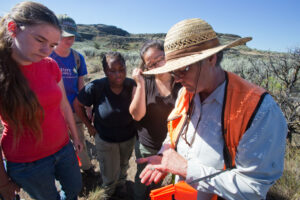 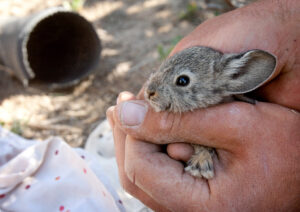 Volunteers at a Nature Conservancy outing