The United Way of Chelan and Douglas counties is making the fight against poverty a key priority, and Wenatchee native Kenzie English is the point person for this effort.English is a 2013 graduate Wenatchee High School graduate and United Way’s community impact coordinator. She’s a passionate believer that by working together, our communities can meaningfully reduce poverty.

The United Way has traditionally focused exclusively on fundraising for nonprofits in the two counties but in the last few years has also begun to move toward program delivery in two specific areas — early childhood learning and poverty.

The poverty issue in North Central Washington is significant. According to the American Community Survey of the U.S. Census Bureau, nearly 30 percent of the people in the state are at 185 percent of the federal poverty guidelines. That percentage is about 40 percent in North Central Washington (Chelan, Douglas, Okanogan and Grant counties). Chelan County’s numbers are about 25 percent, while the other three counties are far higher.

At 185 percent of the federal poverty level, students in the school system are eligible for reduced cost lunches.

In a previous column, I wrote that 60 percent of North Central Washinton children under 18 are in poverty. To clarify, about 20 percent are at or below the poverty level ($24,300 for a family of four).

The United Way is championing an effort pioneered by Dr. Donna Beegle called Opportunity Community, which emphasizes building relationships between individuals and families in poverty (neighbors) and community members, called navigators, who can provide encouragement and open doors in the community.

English is the point person who is working with navigators, neighbors and social service agencies. She’s dedicated to bringing the community together to alleviate poverty.

“I want to see everyone in our community feel like they belong,” said English, a place where “people don’t feel left out or alone.”

Dr. Donna Beegle grew up in generational poverty and, thanks to lucky breaks and mentors who believed in her, received her GED at age 26 and her PH.D. at 35. She works with communities all over the country to create lasting change by building relationships one at a time.

The hardest part for community members like me who have never experienced poverty is suspending judgment and learning about what English calls the “constant crisis” mode that people in severe poverty have to deal with day in and day out.

English recently conducted a training for community navigators in Wenatchee. There is a need for at least 20 more individuals to go through the training to match up with individuals in poverty.

“Really, one person can touch another person’s life,” said English. “Having that one connection can really make a difference.”

On Saturday, Nov. 12, the United Way will host a Prosperity Conference and invite navigators and neighbors — those who find themselves in poverty. The conference, English told me, will be focused on helping neighbors understand and appreciate potential and capabilities that they may not have tapped and to introduce them to community members who have agreed to try to open doors for them.

If you want to learn more about becoming a navigator, contact English at kenzie@cwcdc.com. 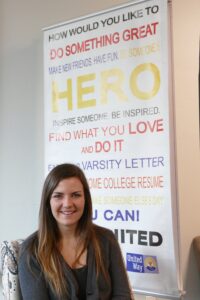 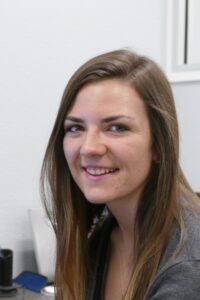