Publisher’s Note: Claire Seaman of Leavenworth was an exchange student in Bolivia this past school year as part of a Leavenworth Rotary’s Youth Exchange program. She’s the daughter of Shaun and Carol Seaman and a graduate of Cascade High School. We asked her to share a bit of her experience with our readers  – Rufus Woods.

On an August day in 2015, I was with my parents at our house in Leavenworth, the same place I’ve called home since day three. It was summer, and we sat outside eating garden veggies and watermelon, talking about whatever came to mind. After dinner, the beautiful warmth of the evening cooled into deep blue night, freckled with stars. Thirty-six hours later, I was sitting in a new home with new parents, whose language I didn’t speak, in the poorest country in South America eating pink layer cake for breakfast. What was I doing here?

I had no idea, and that was the whole point.

This wasn’t the first situation in which I felt lost. Upon graduating from high school in 2015, I felt so unprepared for what was supposed to happen next — that is, choosing a career path and possibly spending hundreds of thousands on college, all before knowing who I was or what I wanted to do. I was terrified. I needed time to mature and gain clarity. I decided to take a gap year, a gap I filled with a Rotary International foreign exchange to Santa Cruz de la Sierra, Bolivia.

As I stepped off the plane, the tropical humidity hit me like a wave. I was soon to find this overwhelming warmth in the people as well. A kiss on the cheek was given upon meeting someone, and wow, was I meeting a lot of new people. In the high school I was asked very personal questions right off the bat. My classmates were loud, and I was an introvert who lacked the ability to understand conversation. From my glacial, northern perspective, everyone seemed boisterous, insensitive, and to talk about nothing but parties.

Summer vacation came around in December as it does below the equator, and I was relieved to not have to go to school. For three months, I toured Bolivia. I jumped in Lake Titicaca and walked the Salar de Uyuni, the world’s largest salt flat. Christmas with my host family was two weeks like none other, full of musicians, food, friends, and dancing in a mountain pueblo.

Come March, I opted to attend university. With memories of Bolivian high school still fresh in my memory, university life was heaven. I met true friends with whom I had real conversations, and with them and my host family by my side, the last few months of my exchange passed in a flash. Two weeks before I was to return home, I ran into my high school classmates at a social event. To my surprise, I enjoyed their company.

Had they really grown so much? Or had I?

It took seeing them again to realize that I was the one who had changed most. From an shy observer and Bolivian epitome of “party pooper,” I’d evolved into to being part of the culture.

This is the main lesson I’ve taken from this whole endeavor: we must strive for understanding, understanding of ourselves and of each other, especially in these last months before the eighth of November. What I’ve gained is priceless. I’m ready to take on the future, whatever it may bring. Wherever I go, I’ll carry a piece of Bolivia with me. In retrospect, the point of exchange wasn’t that I was lost in my new life, but that I would find myself. Little did I know that what I would find was a world so much bigger than myself, and upon unmasking the heart of it, so full 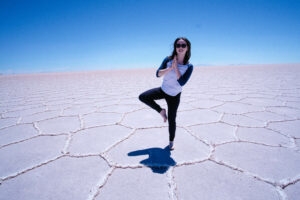 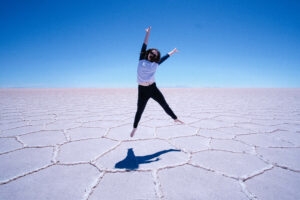 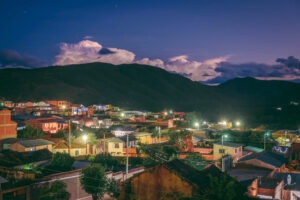 A night view of the town of Seranno, Bolivia 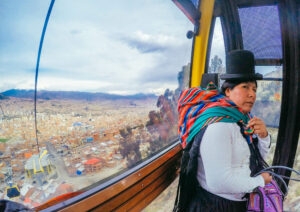 A Bolivian woman of La Paz. 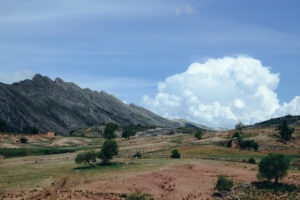 A scene from Torotoro, Bolivia