Our Valley What’s Next Part 2: The rationale behind a community improvement plan

Publisher’s note: The is the second in a series of articles about the background and progress of Our Valley What’s Next, a grass roots community improvement project for the Wenatchee Valley. Check out the OVWN web site at ourvalleywhatsnext.com and see the Art of Community Project web site at artofcommunityncw.com for photos, videos and more stories. – Rufus Woods

Coordinator, Our Valley What’s Next

Q. Why is a coordinated community improvement effort important?

A. Our Valley is a stunningly beautiful and productive place with a long history. It also is a place facing an uncertain future in a rapidly changing world, much of which revolves around technology and globalization.

Of the 40,000 households in Our Valley, 13,000 households, or 32.5 percent, sit in poverty. Forty-three percent of the personal income in Our Valley does not come from wages — 23 percent derives from government transfer payments and another 20 percent from investment income. The median annual wage is $50,986, well below the Washington state average of $61,366. The middle-class is relatively small compared to other communities of like size. More than 60 percent of the non-government workers in the Wenatchee Valley have a high-school diploma or less.

Unlike other communities without a four-year university, Our Valley has a youth bubble — 36.1 percent of the population is under the age of 25. Yet many of our young people live in homes below the poverty line. Last summer, a wildfire hit the outskirts of Wenatchee, moving down from the Cascade foothills, destroying 32 homes. Embers then jumped about a mile and torched several large commercial buildings. Due to climate change and other factors, wildfires come nearly every summer now.

Our Valley What’s Next, guided by what residents are saying, believe time is of the essence in tackling these issues and others.

“Several challenges — including population growth, shifting demographics and a restructuring economy — have the potential to overwhelm Our Valley,” said Lisa Parks, executive director of the Port of Douglas County and a member of the Our Valley steering committee. “Rather than allowing change happen to us, we have chosen to work to make our preferred future happen. And we are doing this by working together and by uniting our various communities.”

Tomorrow, see Part 3 : What did community members say when they were asked how our community should move forward? 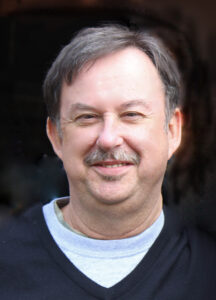 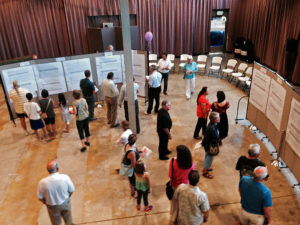 To gather public input, more than 2,300 surveys were completed and a series of public events were held in 2015