One of the talented young individuals in North Central Washington making his mark professionally while giving back to the community is Oly Mingo, the creative director of North 40 Productions in Wenatchee.

If there is one word that best describes the work of Mingo, it’s “passion,” says his colleague and North 40 founder Jeff Ostenson. That passion is directed to his family, making a difference in the community, living life to the fullest in North Central Washington, and in his work developing documentaries and commercial video projects.

Mingo, a self-described “valley boy” was recently honored by Wenatchee Valley Business World magazine as one of the valley’s “30 Under 35” outstanding young leaders, a well-deserved honor. Mingo is a key part of the core team at North 40 that has produced award-winning work while also making meaningful community contributions at the same time. They have set a standard of doing important community building while at the same time developing a financially healthy company.

One of the best examples of community building was the company’s first big-time documentary, Pedal Driven, which focused on a conflict between the U.S. Forest Service and mountain bikers who were building illegal trails in the forests. When the production launched, the company was called “Howell at the Moon Productions,” with Jamie Howell. Howell ultimately left to pursue other interests and North 40 was born.

I suspect many filmmakers would have dramatized the conflict and left it at that or produced a visually exciting film with that ignored the conflict. But the small band of fledgling filmmakers took a different approach — weaving a story from the perspectives of the two sides in a way that each could better understand the honest motivations of their opponents. Today, the Forest Service has developed a strong working relationship with the Evergreen Mountain Bike Alliance, which provides resources and volunteers for trail work. The conflict and acrimony of the past has been replaced by respect, understanding and a positive working relationship. Mingo believes that the thawing of relationships might have happened at some point, but the three years of work on the documentary helped bring the two sides together to find common ground.

Pedal Driven won numerous awards and is still streaming on Hulu and has been viewed all over the world. “That project was way bigger than us,” Mingo recalled with a laugh. “We were in way over our heads.” Having critical success and a long documentary run “was a rush — there’s nothing else like it,” Mingo said. The film opened up a treasure trove of work in outdoor films supported by such sponsors as Diamondback Bikes, Specialized, Outdoor Research and others.

Purpose-driven work is something that fires their imaginations, particularly with big documentaries, like Pedal Driven, Lifted and the soon-to-be-released Wildfire Project. “Jeff (Ostenson) and I are kindred spirits in that we want to make the world a better place,” said Mingo. Their sweet spot is trying to tell compelling stories that have a positive impact on the quality of life of the community while having fun.

The purpose-driven work continues at North 40, which Mingo describes as a creative co-op, with Charles Atkinson, Oly and Ostenson taking turns leading projects. Mingo is putting the finishing touches on Lifted, a documentary celebrating the first 50 years of Mission Ridge Ski and Board Resort, which will be premiering on Nov. 12. They crowd-sourced about $40,000 from members of the community to support the work, which he promises will be far more than the usual celebratory ski video.

They are marketing as “a ski film for the rest of us” because it tells the story of growing up on the hill, learning to ski, starting a family and growing old — the whole life cycle of engagement with that special place — the people who call the mountain their home. He describes Mission Ridge as a “craft mountain” experience, much like a craft beer. It has big mountain terrain with a community that respects and loves the mountain, he said. “It is truly authentic.”

Giving back to the community is important to Mingo. A long-time resident of Entiat, he joined the Chamber of Commerce there this year and wants to help donate his story-telling talents to help the town rediscover its identity and celebrate the strong sense of community. And he’s also deeply involved with teaching kids storytelling through video. As a graduate of Wenatchee Valley Tech’s video production program, North 40 provides internships and Mingo sits on the board of advisors. He is also deeply involved in the young filmmakers camp put on by the Icicle Center for the Arts.

Building community is a passion for Mingo and that extends to supporting the work of other video production companies like Voortex Productions, Icicle TV as well as lone wolf operators. The North 40 team members could make a lot more money in a bigger market, but they wouldn’t trade the lifestyle of North Central Washington for the dollars, Mingo told me. Despite the passion and talent for the work, Mingo is absolutely focused on what is most important — his family, especially wife Katelyn and their daughter, six-week old daughter, Chy.

We are indeed fortunate to have talented, community-focused young leaders like Mingo in our valley. 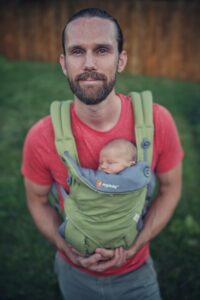 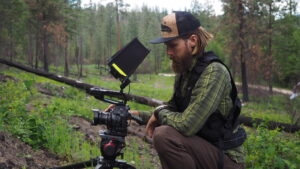 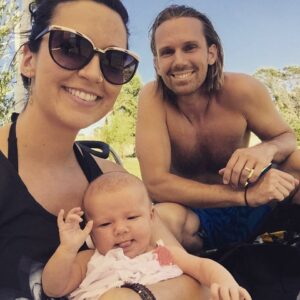