A few tributes to the late Leslie McEwen from community members

Leslie was so much more than a talented vocal teacher. That in itself was so much. The Wenatchee valley was blessed to have her. But she was also a one-in-a-million friend, mentor, second mom, cheerleader, and devoted fan–not just to me but to countless more kids and adults alike that were lucky enough to “endure her wrath” (I say lovingly). She was one tough cookie on the outside, with high standards and even higher devotion. And she was pure mush on the inside–oozing endless love, emotion, and pride in her students. I am so lucky to have had her in my life as my teacher, director, mentor, neighbor, and friend.

We have all been rocked by this news, particularly those of us who worked closely with Leslie and knew her well. When I first moved to the Valley, Leslie’s was the first name I learned when speaking to anyone about music. I was told by many that she was a force to be dealt with…a former opera singer and soprano to boot! Oy! What a combination. Speaking each other’s language, we soon became very close friends and “lunched” regularly together, at times spending hours (our record – last summer at Bob’s Classic in East Wenatchee – 4 hours!) talking about singers and music, catching up on local news and gossip, and scheming together about plans for future endeavors and collaborations. Only last week, over Thai food, we were reviewing plans for this summer’s Julian Patrick Vocal Camp, and for next fall’s production of Menotti’s “The Medium” which we began working on this spring. This morning, many are simply dumbfounded, not knowing where to turn or what to do or say. I’m sure that Leslie would want us all to just “keep on keeping on” as the saying goes. In spite of her very poor health, Leslie’s mind never slowed down a bit, nor did she. Mike Kintner’s comment this morning: “Heaven’s choir just got an upgrade.” My reply: “I hope Heaven is ready for her wonderfully sarcastic, “cutting edge” wit.” We will all miss her voice, her enthusiasm, her boundless energy, and that laugh…oh that laugh!

Oh, Leslie! What a gift you were to our sensibilities. I appreciate the way Leslie expanded our musical horizons. The manner in which our children, in fact all of us, we’re enriched by the exposure to classical music is pure gold. There was no one like her and the loss of her will be powerfully felt.

All of the staff at the museum are very saddened by the loss of Leslie McEwen. She was an important colleague and friend. She was a teacher and mentor to two of my children, so the loss is heavy for my family as it is with many others in this valley.

Thank you for looping the museum into the conversation regarding the Julian Patrick Vocal Camp.

Museum Deputy Director Marriah Thornock and Development Director Nicolle LaFleur will be your contacts regarding understanding the financials of the camp and keeping such an important legacy going. They are both included on this email. 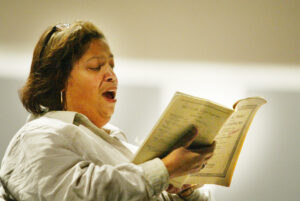 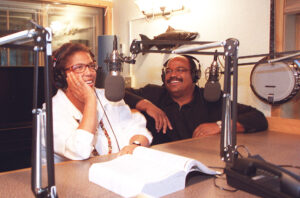