QUINCY — In the aftermath of our acrimonious  presidential election, the North Central Washington Success Summit was a refreshing opportunity to hear stories about efforts that are building community throughout our region.

This year’s summit was held Tuesday at Quincy Junior High School. It was the 7th annual summit and every year, I come away from the experience with newfound hope, confidence and appreciation for the people who are working together at the local level to make a difference in their communities.

The one-day conference is sponsored by the Initiative for Rural Innovation and Stewardship, a tiny shoestring nonprofit run by Nancy Warner, who previously worked for The Nature Conservancy. The theme this year was “Growing One Community” and that sense of bringing people together to meet local challenges seemed tailor made to combat the cynicism and divisiveness that characterized national politics in this country.

Here are a few highlights from the inspiring success stories that were shared at the summit:

– Harriet Weber, the director of the Quincy Valley Museum and Historical Society, told the 180 people attending that “success breeds success. There are so many good things happening in our communities.” Weber said what makes this community special is the strength of character of the people who settled in the valley throughout the years.

– Mary Joy Ybarra-Vega of Quincy Community Health spoke about the Promotores de Salud program, an award-winning effort that engages student volunteers to do outreach underserved populations to promote health. Students are able to make meaningful contributions to their community and test the possibility of pursuing a career in health care.

– Manuel Mendoza, who has a 60-acre organic White Bear Orchards near Quincy, talked about coming to this country from Mexico to work for an East Wenatchee orchardist in 1979. Despite his discomfort speaking to a large audience, Mendoza riveted the audience with his appreciation for this country and the opportunities it has offered for his family.

– Carlene Anders, the mayor of Pateros and a leader in the Okanogan Long-term Recovery effort following the devastating fires of 2014 and 2015, talked about how communities members and volunteers from elsewhere rallied to help rebuild homes and support families. The relationships that have been built because of the shared tragedy and the community effort to rebuild have strengthened those communities, she said.

– Ephrata and Royal Slope farmer Jim Baird, who’s family came to the Wenatchee Valley in 1870s, is deep into sustainable practices, growing healthier food, and developing the next generation of farmers in our midst.

He runs experiential Cloudview Ecofarms, which has two intriguing programs. One is an experiential farm near Royal City that hires kids in their 20s and 30s to learn farming in a collective atmosphere. The farm produces a community-supported agriculture (CSA) that provides fresh produce for subscribers and also produces food for 40 school districts, including Wenatchee School District.  A second effort near Ephrata is a farm that allows kids from all over the state to spend time learning about organic food production.

– Jeff Lau, the co-owner of Plaza Super Jet grocery in Wenatchee, told the crowd about their efforts to provide living wage jobs, which he credited with improving the bottom line of the grocery store that he and David Johnson purchased 15 years ago.  They turned an old, run-down store with employees who weren’t very engaged, into a thriving small market where the start wage is — get this — $13.50 an hour and employees have the opportunity to, with bonuses, make up to $17.50 an hour.

The programs they’ve instituted, along with store renovations, have created a thriving small market, Lau told the group.

One great value of the success summit is that people from throughout North Central Washington walk away with a toolkit of successful efforts that build community. It is a central theme of IRIS that building on our strengths and sharing stories of success can help us meet community challenges.

The summit is a place where everyone contribution’s to the community is respected and honored, and that’s a refreshing antidote to the national political narrative. 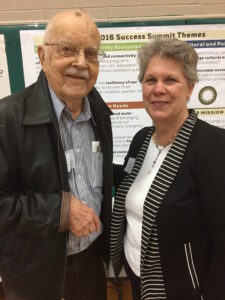 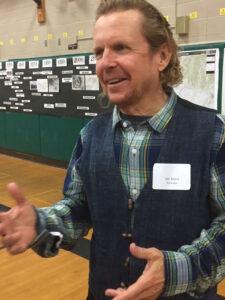 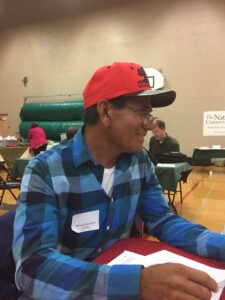 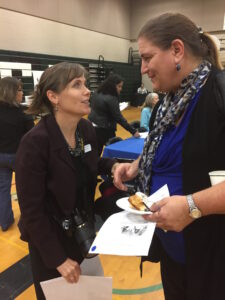 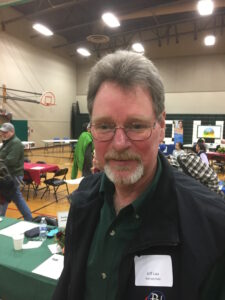 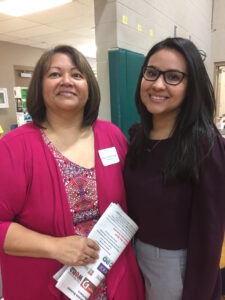