Maker Movement Part 6: Here’s one way we can help bridge the opportunity divide for our kids

Imagine what would be possible in our valley if we could bridge the digital opportunity divide that separates kids who have access to technology from those in poverty who do not.

That powerful and visionary thinking is driving the leaders of our local Maker Movement. I sat down to discuss the future of the movement recently with former Wenatchee City Council member Karen Rutherford, Chad Roseburg, the assistant director of technology for the North Central Regional Library and Ron Brown of the Greater Wenatchee Area Technology Alliance and the Wenatchee School District.

Those three and Stacy Lockhart of the Wenatchee Valley College Foundation traveled to the White House last month to take part in a Mayor’s Maker Challenge Roundtable. They were sitting around the table with representatives from a few dozen mostly large cities to discuss how to bridge the technology divide. It’s impressive that our contingent represented the smallest rural area. Perhaps one of the reasons is that we have the only Maker Faire on the planet, apparently, that is entirely student organized and executed. A local team of students is working on the next Mini Maker Faire that will happen this fall.

Tremendous momentum has been developed in our region and the pace is accelerating. This is a really big deal, folks, and the sky’s the limit in terms of what is possible in our region in terms of firing the imaginations of students in doing hands-on learning. Our regional library has outfitted a mobile maker space that travels far and wide providing access to kids in rural communities. The Wenatchee Valley Museum and Cultural Center developed a maker space and is serving kids from around our valley. The Wenatchee School District is building STEAM (Science, Technology, Engineering, Arts and Math) into its curriculum and has school-based maker spaces in development. Eastmont School District has taken its own path to provide hands-on learning, providing supplemental programs starting at Kindergarten to allow kids those kinds of team-building opportunities.

The Greater Wenatchee Area Technology Alliance, which started out catering to tech companies here, has made education a crucial part of its mission, Brown told me. It’s critical, he said, to work formally with schools but also informally in the community.

Collaboration and cooperation are on the rise as people and organizations recognize the power of working together rather than in isolated silos. This is the future of community in which WIFU “what’s in it for us” replaces WIFM “what’s in it for me.”

In terms of bridging the digital divide, great work has been done nationally by the Digital Harbor Foundation, which got its start in Baltimore by taking a recreation center and turning it and creating a place for hands-on learning. That spawned the phrase “Rec to Tech.” Now think about what that could mean in the Wenatchee Valley. Catholic Family Services is vacating the building at 520 S. Mission St. that once housed the North Central Educational Service District. It’s wired for technology.

What would be possible if we found a way, as a community, of turning that into a digital learning center that provided access to technology and other hands-on learning programs and tools? It would help bridge that opportunity divide that is growing every larger between kids who have grown up in poverty and those from more affluent families.

The gap isn’t going to go away by itself. We have to come together as a community and provide hands up to those who are disadvantaged. Working together to make provide opportunities for everyone to thrive is what great communities do. It is a moral imperative for us. 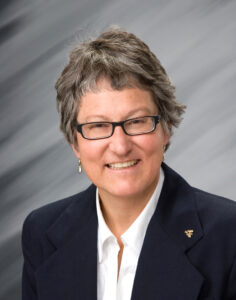 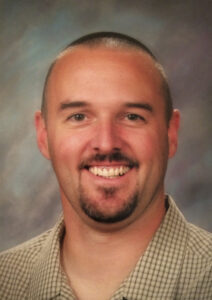