The youth-driven Maker Movement in the Wenatchee Valley received important early support from the City of Wenatchee, but in a most unusual way. City officials became advocates, supporters and facilitators rather than the accustomed role of managing or controlling the outcome.

That signifies a significant shift in philosophy from how the city previously operated. Allison Williams, the city’s director of administrative services, recalls hearing at a city manager’s conference recently that city officials need to learn to get out of the way. “I feel our job is to listen to those voices and see what we can do to foster (new ideas),” said Williams.

The city is embracing this new way of interacting with the community. They’ve followed this approach with King’s efforts to reach out to the Latino community in South Wenatchee and the result has been positive. Individuals have found new ways to engage with the city and accomplish goals for their neighborhoods.

The local Maker effort started with then 7th-grader Sam Monson came to the city with the idea of developing a Maker Space. Williams and Steve King, the city’s director of community and economic development, recalled that they weren’t sure at first what to make of the Maker Movement. A video Monson created encouraged the city to find a place with tools for making things — from traditional tools like woodworking, metalworking and electronics to computers, 3D printing and laser cutting.

That led to the discovery that President Obama had created a Mayor’s Maker Challenge that created incentives for local communities to encourage a culture of innovation and creation. In 2014, the city hosted a Maker Forum and Monson and Wenatchee High School student made a pitch for a Mini Maker Faire. Ethan Toth and fellow students took on that challenge and, with encouragement and advice from city officials, put on a first-rate event that highlighted local people making things from drones and robots to musical instruments. Most of the organization and planning work was done by the youths involved.

“It showed that the city doesn’t have to do everything,” said King. King and Williams see this new role of facilitation as a catalyst for creating a stronger, more vibrant community.

Williams said she loves the new approach and that she has personal reasons for supporting the shift — she has two sons in the Wenatchee school system and she sees great value in getting them out of the classroom, testing-focused arena and into environments where they can get hands-on experience. She’s a believer in the power of hands-on learning to facilitate creativity and engagement.

This emerging openness in the city is a refreshing development that should be supported and encouraged by the community. To the extent that the city plays a facilitator role in bringing together diverse resources in the community to make this city more effective, vibrant and humane, the community will thrive. 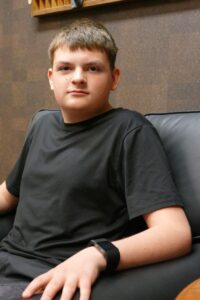