WINTHROP — Community engagement and collaboration in the Methow Valley have gotten a tremendous shot in the arm by the development of a web site called Volunteer Methow. The effort is tapping into a reservoir of willing people who want to make a difference in the valley but had not been able to find an easy way to get involved.

This project came out of a January 2016 conversation convened by the Methow Conservancy that focused on finding ways to broaden volunteerism in this remote valley. The project was called GenNxt and involved a group of residents in their 20s and 30s.

Sarah Brooks, the assistant director of the Methow Conservancy, recalled that she expected maybe a dozen people to show up at the first meeting, but instead about 60 people crowded in. “It was amazing,” Brooks told me. “I didn’t know there were this many people in that age group here.” Volunteering can be a little intimidating for community members who don’t have close ties to local nonprofits. What Brooks heard was that people wanted to get involved in projects on a trial basis rather than joining boards and committees. There are a horde of nonprofits in the Methow Valley, which made it challenging for citizens to know about the organizations and how to get involved.

Serendipitously, a young couple of software developers in the Methow, Neil and Kelli Rotstan, volunteered to build a web site to match projects with people.

“We wanted to be more involved in helping out (volunteering) but it wasn’t clear how to do that,” said Neil Rotstan. He and his wife applied their talents to the volunteermethow.org website. The website has been a resounding success in broadening the base of volunteers and connecting community members in making the valley a better place to live. The website is designed to make it easy to find projects. Users can sort by the type of activity, such as social services, cultural enrichment, environmental awareness and early childhood education. Each volunteer opportunity describes the kind of work involved, the time commitment and whether there are any requirements or restrictions.

Neil Rotstan said the experience has changed his perception of volunteer work from one of nonprofits asking for participants to an approach where the nonprofits are inviting the community to get involved in cool experiences. Brooks agreed. “It’s about civil society — bringing people together,” Brooks said.

The results are impressive. Since the website was launched a little more than a year ago, 830 volunteers have signed up and more than 15,000 hours of donated time has been logged. Students have logged about two-thirds of the volunteer hours. Neil and Kelli Rotstan have used the system in their own family. Last year, they signed up to help out the Methow Art Fest by sorting beads for one of the booths. They involved their then four-year-old daughter Emilia in the project and had a wonderful family volunteering experience. When they attended the festival, “Emelia got to see that she made that (booth) possible,” said Neil Rotstan.

The web site also offers feedback opportunities so that volunteers can leave their recommendations and suggestions for improving or enhancing volunteer experiences. This benefits the nonprofits. Brooks said the savvy nonprofits are learning how to create experiences that connect community members to each other and to causes they care about better than just doing menial volunteer tasks.

When another serious wildfire or other disaster impacts the Methow Valley, the organizers believe this web site might play an instrumental role in connecting people in the recovery effort. Neil and Kelli Rotstan would love to introduce this concept to other communities in North Central Washington to see if the same kind of community engagement could be developed.

This is a project that I believe could strengthen any community that wants building its volunteer base, connect its citizens and build community resilience.
Here’s a link to the website 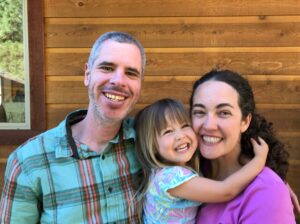 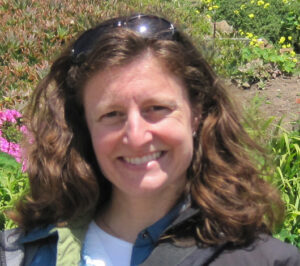