WestSide club shows students the art of giving back to the community; funds being raised for 4-year-old lukemia patient

In successful communities, people look out after those who are in need or are suffering. That sense of giving back is part of the DNA of those of us who live in North Central Washington.

That giving-back mindset is being fostered at WestSide High School in the school’s leadership club. The club is putting on a spaghetti feed at the school from 6 to 8 p.m. on Thursday, March 15, with proceeds benefiting 4-year-old Jocelyn Aguilar, who is receiving treatment for leukemia at Children’s Hospital in Seattle. A musician from Seattle will be donating his time and talents to support the cause.

Community members can help by donating items to be auctioned at the event, buying tickets and bidding on silent auction items. One new wrinkle for this year’s fundraiser is that the meal will be prepared by students in Wenatchee Valley Tech’s culinary arts program, under the direction of teacher Betty Palmer. I hear the garlic bread they make is out of this world.

Two Wenatchee Valley Tech students, seniors Justyena Wilson and Rebecca Figueroa, joined leadership club adviser Sheena Zacherle and me for an interview this week. You can hear our conversation at artofcommunityncw.com. Figueroa described the experience of giving to others in the community as an amazing experience. Wilson agreed, saying that the club constantly pushes to make a bigger impact in the community.

Figueroa acknowledged there will be some additional pressure this year because the two of them will help prepare the spaghetti, garlic bread and salad for the event. Both students said they appreciate the hands-on learning opportunity at Wenatchee Valley Tech.

Zacherle, who has been teaching at WestSide for seven years, launched the leadership club five years ago when a student lobbied her to create the organization. Zacherle wears a lot of hats at WestSide. Besides the leadership club adviser role, she is the graduation specialist, a career and technical education instructor, and a robotics coach. She has seen the leadership club have a meaningful impact on students. Initially, some of them aren’t sure that leadership is for them, but she said something valuable happens when they start giving back to others. There’s a sense of “gratification — feeling good about what you’ve done.”

For the March 15 spaghetti feed and auction, they are hoping that Jocelyn, her brother Jonathan, who had been attending Pioneer Middle School, and Jocelyn’s mother Arely Leon will be able to attend, but that depends on how Jocelyn is feeling, Zacherle said. The family is staying at the Ronald McDonald House in Seattle while the 4-year-old is receiving treatment.

Those who have items to donate for the auction can drop them off at WestSide High. Tickets can be purchased at the school or at the event, which will be held at the school located at 1510 Ninth Street. Tickets are $10 for adults, $5 for students, and children 3 and under eat for free.

Zacherle took the initiative to search for Seattle musicians online and then emailed several to see if she could find someone who would perform at the event. The story touched the heart of musician Steven Curtis. “I was impressed when he wrote me back within 24 hours, and on top of that what I appreciated most was that he took the time to email me back when no one else would,” Zacherle told me. “That to me says a lot about him for the fact that he is willing to travel here, play for free, and for people he does not know,” she added.

It’s programs like the leadership club — which may seem like non-essential classes to some people — that inspire students to be better citizens and look after those less fortunate. Now that’s an educational outcome I can support. 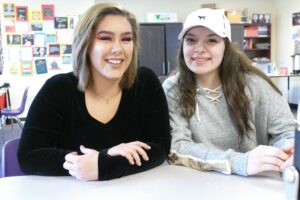 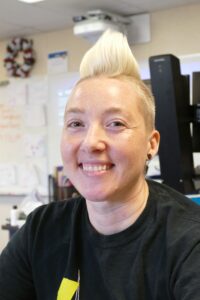