The North Central Educational Service District is in the middle of a significant transition, with Dr. Rich McBride stepping down after 15 years in the role and Dr. Michelle Price from Moses Lake taking the helm.

I had the opportunity to sit down with McBride for an Art of Community NCW podcast interview to discuss the state of education in our region. McBride, who is a nationally recognized leader, gave me some deep new insights about the strengths of our educational system and the challenges it is facing. Collaboration and creative thinking are hallmarks of his leadership style. McBride shrugs off acclaim and prefers to give credit to the people he works with. Don’t be fooled. He’s one of the region’s truly exceptional civic treasures.

McBride grew up on a wheat and dairy farm north of Spokane and started his career as a teacher and coach before becoming a principal and was superintendent for three school districts before replacing Dr. Gene Sharratt at the NCESD. He told me that the ESD position intrigued him because of the unique partnership that Sharratt and his team developed between the ESD and the schools in the region.

For those who aren’t familiar with the ESD, it provides more than 100 services on a contract basis to the 29 school districts in the region. For example, small districts may not have the wherewithal to hire a nurse or to effectively implement technology. The ESD develops programs to solve those issues for the districts.

An attractive part of the job for McBride was that the ESD, under Sharratt’s leadership, had developed the Fiberstar partnership that led to public utilities in our region connecting schools to fiber optics. “We actually had bandwidth before we knew why we needed it,” McBride marveled. That visionary thinking is paying off today. With the explosion of devices in schools, schools are now looking at tapping into unused “dark fiber” capacity to benefit students.

Besides the technological revolution that is impacting and transforming schools, McBride told me that he’s seeing a significant trend developing to create greater relevancy through meaningful internships and, soon, apprenticeships that will create opportunities for students to test drive careers as part of their educational experience. Schools are integrating project-based learning that emphasizes problem solving and teamwork as well as STEM (Science, Technology, Engineering and Math) initiatives.

Progressive districts are tapping the community to help create new opportunities for students to gain experience. He pointed out the Cashmere Cares initiative launched by Superintendent Glenn Johnson that invites the whole community to make sure that no child is cold, no child is hungry, every child has a mentor and every child is literate. Robust internship programs through the Wenatchee Learns and Manson Strong projects are two other examples of creative ways the community can be involved in helping address the need to create a more relevant educational environment.

McBride also talked about the early childhood learning efforts that are starting to take shape. If we can find ways to make sure all kids are ready for Kindergarten, we will be money ahead in the long run. Our schools face significant challenges, such as high poverty rates, a high percentage of students not ready for kindergarten, as well as language challenges.

The most powerful concept McBride relayed to me was the power of building relationships. Public schools, he said, are the great equalizer in our communities. The powerful relationships that educators, bus drivers, food service workers, paraprofessionals and others cultivate with students are life changing. McBride gives his staff at the ESD all the credit for the work the organization does to help schools, teachers and students succeed.

He has high hopes for the graduates that our schools are turning out these days. Compared to graduates in his day, McBride views them as smarter, more innovative, more technologically oriented and creative. “I don’t think there’s a challenge ahead that our young graduates won’t be able to solve,” he said.

McBride leaves a powerful legacy of success. He took a strong foundation and adapted to the significant challenges that confronted education here. He will be missed. 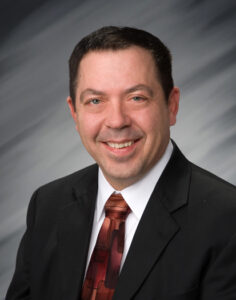 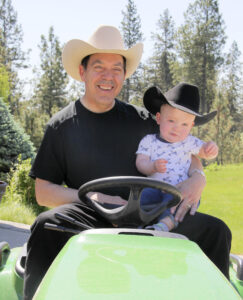 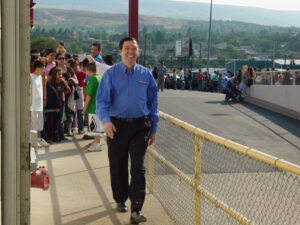