A group of sixth grade students from Cashmere Middle School made a big impression in Olympia on Saturday during a Mock Congressional Hearing program, Superintendent Glenn Johnson tells me.

Teachers Don Smith and Rose Shook took 25 kids to participate in the statewide competition that featured teams from across the state. At Cashmere, it’s part of a instructional program they call “We the People” in which students learn about the U.S. Constitution. The students performed before judges at the competition in a legislative hearing room.

Here’s what Smith reported about the performance of the kids:

“As one of their teachers, I can’t even describe how it made me feel to see our kids have praise literally ‘heaped’ upon them,” Smith wrote. “I have had the opportunity many, many times in my career to share in the success of my students/athletes, but I am being truthful when I tell you that this ranks up there at the very top. There were a couple times my eyes actually started to tear up!

“And what was almost as rewarding, was watching the parents in the room as their child spoke and answered the judge’s questions. You really could feel tension in the room each time a new panel of judges walked in the room, and an amazing sense of pride when they walked out. More than one parent told me this was the best thing they had ever experienced with their child.”

Smith said the judges were blown away by how well prepared the Cashmere students were and told them they would be very competitive against high school teams. That’s high praise indeed. Cashmere Middle School won an excellence award in the competition.

One of Johnson’s favorite sayings is that it is people, not programs, that make the difference. “Don and Rose are two such people,” Johnson told me. “Due to their incredible efforts as professional educators, our students were afforded a learning experience/opportunity that will be remembered for a lifetime,” he added.

Cashmere takes a comprehensive approach to education that seeks to give kids not just academic rigor but experiences in outdoor education, the arts and civics. Smith and Shook exemplify the kind of teachers who go above and beyond the classroom experience to give kids that more well-rounded background that engages them in learning, Johnson noted. They volunteered their weekend so the kids could have this peak experience.

Strong communities are built on the actions of individuals who care deeply about others and strive to make a difference. Every single person can make that kind of contribution. Smith and Shook are two prime examples. 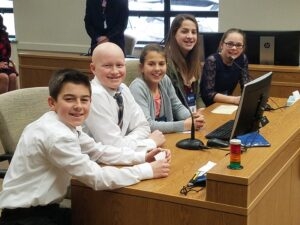 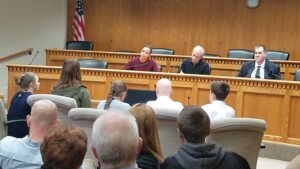 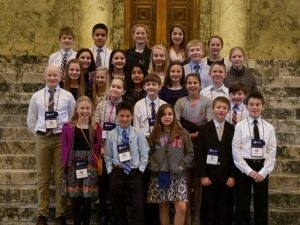